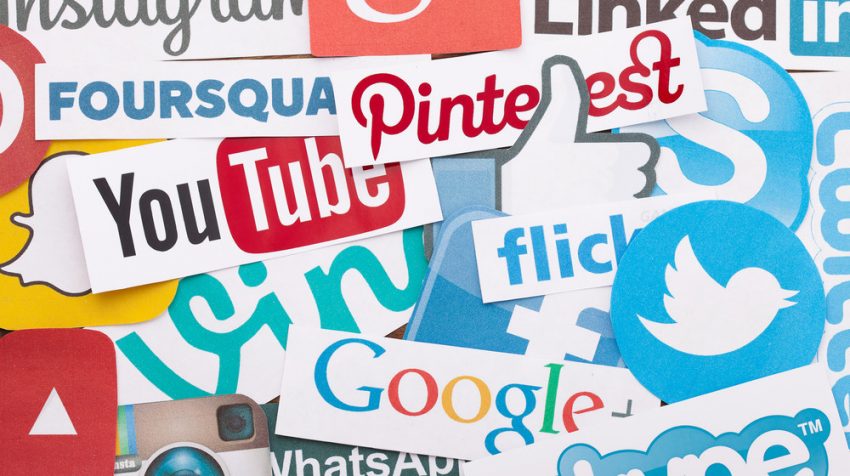 More than half of the people around the world now use some form of social media. For businesses, this means it’s possible to reach nearly any type of consumer on these platforms.

There are tons of social websites, apps, and platforms available, all with different features and niches. So each business must create its own social media mix aimed at its target customers.

However, there is value in choosing popular platforms. Those with a lot of active users are more likely to be relevant to your target customers.

Here are 20 of the most popular social media platforms right now.

Facebook is one of the most recognizable social media platforms in the world. With 2.7 billion monthly active users, more than a third of the world’s population uses Facebook. Founded on February 4, 2004,  Facebook has consistently evolved through the years to fit the needs of its users and attract new ones. This includes the acquisition of Instagram and WhatsApp. Businesses can create their own pages, groups, and events. Facebook also offers targeted advertising opportunities for those who want to increase visibility to specific consumers. Businesses can also use Facebook Messenger to send personal messages to customers.

Twitter gained notoriety as a microblogging site that just included text posts of up to 140 characters. Since its launch in 2006, it has raised that character limit and now lets a user share other media like photos and videos. With about 330 million monthly active users, it’s not as ubiquitous as Facebook. However, it is still widely used among general consumers. Additionally, it can be a useful site for interaction, like joining Twitter chats in your industry or responding to customers who have customer service questions.

LinkedIn is the most popular social media site for professional networking. The platform has over 700 million registered users, with about 300 million active each month. Launched in 2003, LinkedIn allows a user to add their resumes, connect with others in their industry, and even post and respond to job listings. In a marketing sense, LinkedIn is often especially useful for B2B businesses. It even offers paid ads and content publishing options.

YouTube isn’t just the most popular video-sharing website in the world. It’s also the second most popular search engine behind Google. The company was founded in 2005 and was eventually bought by Google. YouTube has over 2 billion logged-in visitors per month. There are even more who visit the site and watch videos without signing into their own account. Basically, any business that wants to use video marketing can use YouTube to reach a wide audience. The site also provides analytics, facilitates interaction between users, and lets you embed videos in other websites.

Pinterest is one part social media site, one part search engine. It consists of digital bulletin boards where a user can save products, project ideas, and inspirational images. For businesses, it’s a perfect place to share product images, unique DIY ideas, recipes, and unique visuals. You can also make content on your sites “pinnable” by including pin-it buttons that allow visitors to share your content to their boards. Pinterest launched in 2010 and has since amassed more than 400 million monthly active users.

Instagram is another social media channel with a heavy emphasis on visuals. The site launched in 2010 and was later purchased by Facebook. It has more than 1 billion monthly active users and is mainly a mobile platform. Like Facebook, Instagram offers targeted advertising options to help business users reach a specific user. Instagram also offers various posting options, including photos, videos, slideshows, stories, and live streams.

Tumblr is a blogging platform that allows several different post formats. You can include quotes, chats, videos, photos, and even audio content. It originally launched in 2007 and is now owned by Automattic. The user base has decreased a bit in recent years. However, it still has about 400 million monthly visitors. The business population isn’t as high on Tumblr as it is on other platforms like Facebook. However, that could potentially help brands stand out from other sites that are oversaturated . It also offers sponsored posts and lets a user easily re-share content.

Flickr is a popular platform for sharing photos and videos. Launched in 2004, the site was purchased by Yahoo in 2005 and is now owned by SmugMug. It’s especially popular for photographers or businesses that want to see their images shared around the web. You can also use it to find royalty-free images for use in content. The site has lost some of its industry clout in recent years. However, it still has about 90 million monthly users.

Reddit is a social news and entertainment website with tons of sub-communities dedicated to specific interests. A registered user can submit content and comment on threads to interact with other users. Launched in 2005, the site has amassed a monthly active user base of 430 million. Reddit isn’t super popular with marketers. However, there are tons of active, targeted communities that make it an attractive option for sites looking to reach a new audience. There are also business-related subreddits for those interested in networking or learning.

Snapchat is a mobile messaging social media platform. A user can share one-time content with friends or post stories that go out to all that users followers. Released in 2011, the app quickly became popular, especially with young consumers. It has since slowed a bit. However, there are still about 360 million monthly users worldwide using this social media channel. Brands that market to young consumers can set up business accounts and advertise on the app.

WhatsApp is a popular mobile messaging app. You can use it to send images, texts, documents, audio, and video content to another user individually or in groups. Launched in 2010, the company is now owned by Facebook along with Instagram. WhatsApp now has more than 2 billion monthly active users. Small businesses can use the app to easily communicate with customers and prospects on a personal level.

Quora allows users to ask questions and share answers on a variety of topics. Originally launched in 2009, it now has more than 300 million monthly users. Businesses can use Quora to build expertise in a specific area. Question posts also often rank highly in search results. As a result, even those who don’t actively use Quora may come across your responses.

TikTok is relatively new to the world of social networks. However, it has already made a memorable mark on the social media landscape. The app lets a user create short, creative videos. It already has more than 800 million monthly active users around the world. Businesses can use it to show off their creative side and create viral content as part of their social media marketing.

Vimeo is a professional video platform. Though not as widely used as YouTube, it offers quality features perfect for videographers and those who want to share cinematic content. There are about 170 million monthly active users on this social media channel. However, Vimeo users can also share and embed videos on other sites. Users can also access advanced stats and analytics to monitor performance.

BizSugar is a social platform specifically for small business owners, entrepreneurs, and managers. The site was created in 2007 and is now owned by Small Business Trends LLC. Users can share videos, articles, blog posts, podcast episodes, and websites. Other users can discuss or vote on the content they love. The site reaches more than 2 million small business owners monthly. As a result, it’s a great place to share resources, gain knowledge, and market to a B2B audience.

Mix is a personalized discovery platform. The company purchased popular content aggregator StumbleUpon back in 2018. Users can attach other social sites like Facebook and Twitter to curate their feeds. Before the transition, StumbleUpon had about 35 million active users. However, not all have stuck around. Still, this social media channel can come in handy for small businesses that want to share useful or viral content.

Medium is a platform for creating and sharing long-form content. Although technically not a social media channel, millions of people and organizations share the site’s content. The difference is it doesn’t have a ton of extra features like other social sites to distract people from the main purpose. s a result, it’s ideal for content creators who want their ideas to shine. Twitter co-founder Evan Williams founded Medium in 2012. There are now nearly 100 million users on the site monthly. Businesses can use the site to share complex ideas or discussions with a wide audience.

Digg is a news aggregator with a curated front page. Topics on this social channel vary widely and may include political issues, scientific finds, and viral videos. Founded in 2004, the site has gone through several iterations through the years. Though not as popular as it once was, there are 8 million users per month. Businesses can use it to curate their own online feeds or share relevant content.

Viber is a VoIP and instant messaging mobile app blending social media and communications. Released in 2010, the app now has about 260 million monthly active users. You can use it to exchange audio, video, and images with other registered users. Like other chat apps, it’s perfect for sharing on a personal level with customers or partners. There are also group chat options.

WeChat is a multi-purpose mobile messaging app. People can send text messages, voice calls, video content, and even make payments. There are group and individual chat options. And there are about 1 billion monthly active users around the world. WeChat offers official business accounts. As a result, brands can use the service to easily facilitate communication with customers and send out messages as part of a social media campaign.

What is the Most Widely Used Social Media Site?

Facebook is the most widely used social media site in the world, with 2.7 billion active users each month. WhatsApp and YouTube come in tied for second, with 2 billion monthly active users each.

What is the Best Social Media Site for Your Business?

Finding the best social networks for your business depends on what you want to accomplish. If you’re looking for the site with the most users, Facebook, YouTube, and WhatsApp are likely the best social media options. Those that want to share quick messages can opt for Twitter. And those who are looking to market to a younger user base may consider sites like Instagram, Snapchat, or TikTok.

What are the Benefits of Social Media for Your Business?

Social media sites allow you to interact with customers on a personal level. You can share posts with a wide audience and respond to people one-on-one. Since most of your audience is likely using at least some social media sites, it’s a good option for reaching new target customers and communicating with current customers. Many social media platforms also offer targeted advertising options.

Antony Maina is a Staff Writer for Small Business Trends. His beat includes social media, general business reporting and exploring how people relate to technology. With a background in freelance writing, he is a contributor to other tech websites and can be found at Word4Bloggers.
223 Reactions
Subscribe
Follow @smallbiztrends
RSS LinkedIn Pinterest iTunes